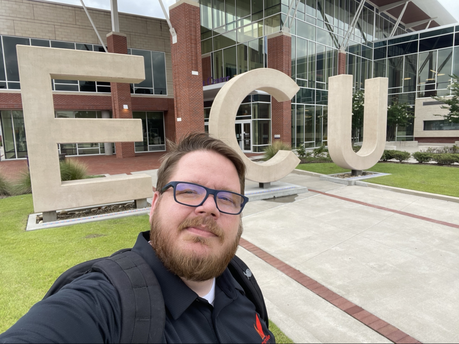 Jason grew up in Jacksonville, North Carolina, before attending East Carolina University where he earned his Bachelor of Fine Art in printmaking and received his call into Ministry. He then attended the Methodist Theological School in Ohio before graduating in 2016. Since then Jason has been serving in the North Carolina Conference of the United Methodist Church. After six years in the local church now returns to ECU and GreenvilleWesley to serve as the Campus Minister. In his free time, Jason enjoys woodworking, spending time at the beach, playing Xbox, and walking the local trails with his dog Hobbes.